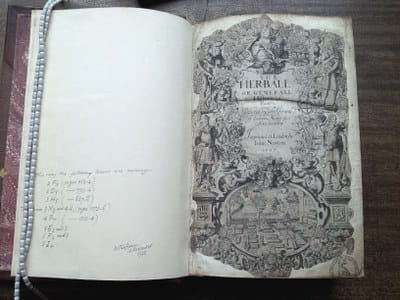 We have followed with interest the debate in the national and international news around a potential Shakespeare portrait discovered in John Gerard’s herbal. (BBC, ITV, Sky, CBC)

A recent blog post showed some examples of the RCS Library’s outstanding collection of early herbals and botanical books. One of the many interesting items is The Herball or Generall Historie of Plantes by John Gerard (1545-1612), perhaps one of the best remembered of all the English herbalists. 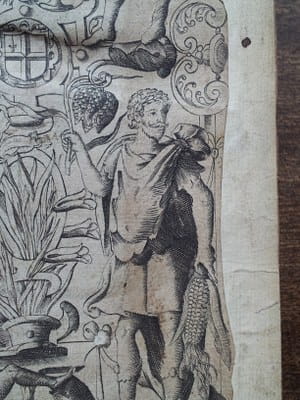 In this week’s issue of Country Life, botanist and historian Mark Griffiths describes “how he cracked a many-layered Tudor code and revealed the living face of Shakespeare for the first time” in a title page engraving.

Our 1597 edition certainly shows the bearded man with a laurel wreath around his head and holding an ear of sweetcorn. It also shows the three other figures believed to be Gerard himself, Dodoens (a Flemish botanist, also represented in the RCS library) and Queen Elizabeth's Lord Treasurer, Lord Burghley, to whom the book was dedicated. 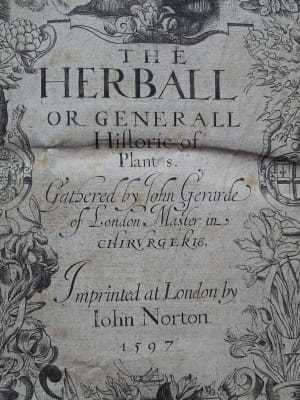 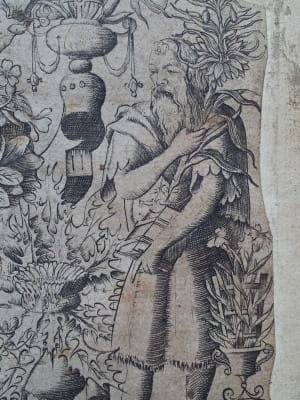 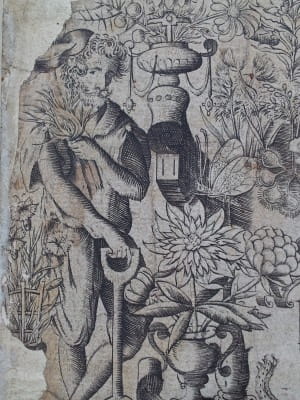 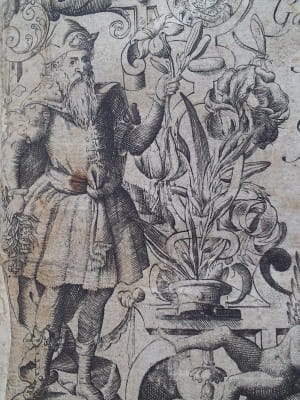 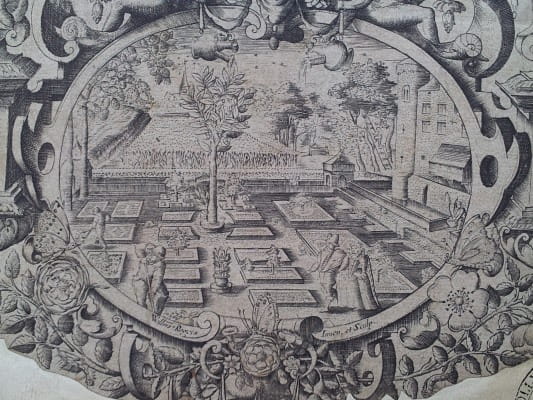 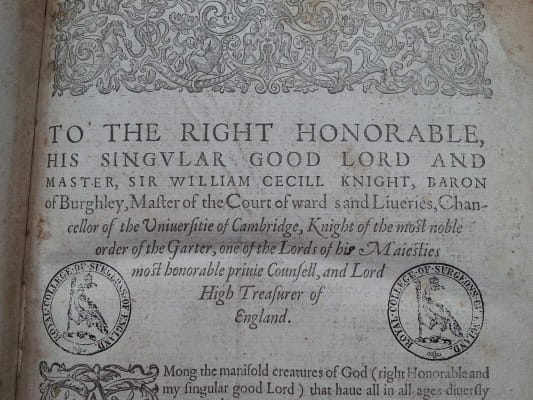