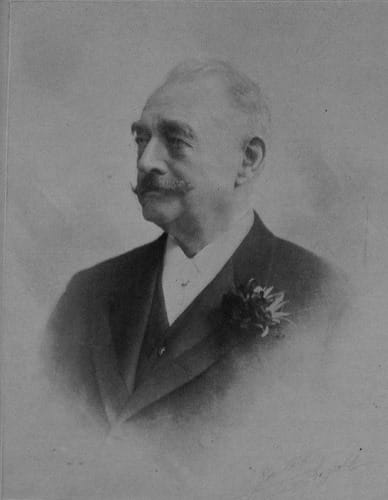 William Edgar Allen founded his steel works of Edgar Allen and Co in Sheffield in 1868. A successful businessman, he was also a great philanthropist, and established the Edgar Allen Institute for Medico-Mechanical Treatment in 1911. At this time Sheffield was a major industrial centre and industrial accidents were not uncommon. Allen believed his workers would benefit from the physiotherapy treatment the Institute offered, and therefore be able to return to work sooner after such incidents. Although he spent much of his time abroad due to ill health, Allen continued to support the Institute until his death in 1915. When it was established, the institute was unique in this country offering a Swedish system of massage and exercise, known as the Zander method.

Patients were offered various treatments using different groups of apparatus designed to allow movement and manipulation using mechanical means, with massage given by trained masseurs as required. The treatments were based on a system of physical exercises that worked joints and muscles that had lost mobility while earlier injuries healed. In 1912 the Institute was treating around 100 patients per day, and the methods used were described in an article published in The Lancet in 1912. 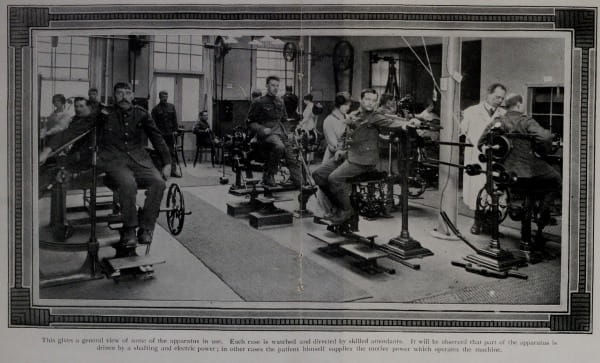 When World War 1 broke out in 1914, the value of the work carried out at the Institute was recognised and utilised. By 1915, approximately 600 soldiers had received treatment after being invalided or discharged from military hospitals, recovering the use of their limbs through the efficacy of the treatment.

Funds were raised to provide additional accommodation for wounded soldiers and the increased staff needed to treat them. A souvenir booklet, a copy of which is held in the College’s collections, was published in 1915 encouraging subscriptions to raise money for a new building and to cover treatment costs. It outlined the work the Institute did, explaining how the disabled men worked on their own rehabilitation with the support of the medical staff and trained masseurs. During the war, this privately-funded centre provided outpatient physiotherapy to around 1,000 soldiers per year. 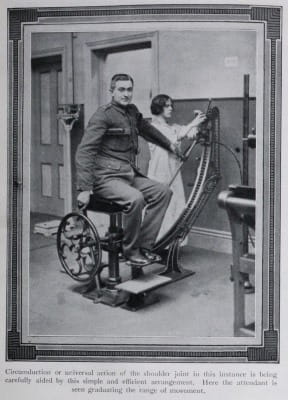 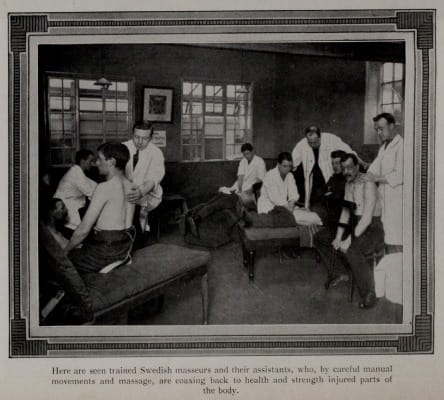 The booklet has a series of photographs of soldiers and the medical staff during treatment; giving a graphic idea of how the rehabilitation took place. It notes that “the tone of the mental condition is raised with their physical improvement”. Common conditions treated were frost-bite, trench rheumatism and neuritis as well as nerve shock from the explosions of large shells.

Renamed the Edgar Allen Physical Treatment Centre in 1946, the centre was merged into the United Sheffield Hospitals with the start of the NHS in 1948, eventually closing in the 1980s after various institutional mergers.