One of the books we used in a small display this week was Sir Charles Bell’s A System of Dissections, explaining the anatomy of the human body, the manner of displaying the parts, and their varieties in disease. Sir Charles Bell (1774-1842) was the first Professor of Anatomy and Surgery at the RCS in Lincoln’s Inn Fields. We have various editions of his Dissections, first published 1798 and containing stunning engravings, for which Bell drew all the illustrations. His extraordinarily accurate drawings give faithful representations of his findings at dissection and showcase his artistic skills. 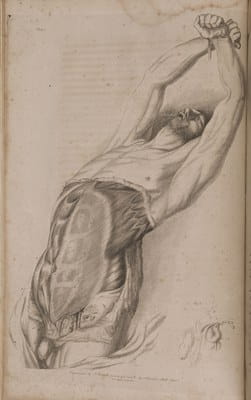 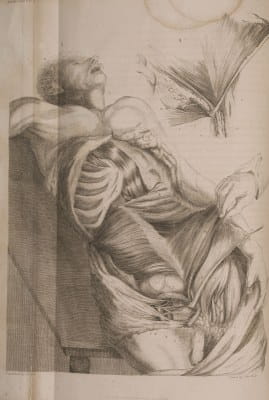 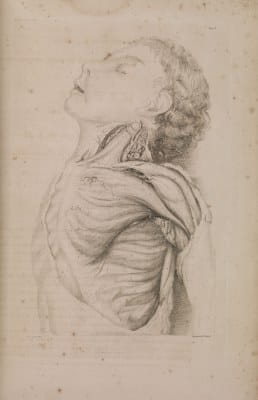 His introduction gives us an insight into late 18th century anatomical dissection:

Dissection is not merely the management of the knife; there is required also a knowledge of the methods of injection and preparing the parts, of investigating the structure of the viscera, and of presenting them for demonstration. For this reason I shall enumerate here the chief circumstances to be attended to as introductory to a common course of dissection, that they may be concentrated, and the anatomy freed from needless repetition. Practical Anatomy, like all arts in which an aptness and dexterity of the hands is necessary, is to be acquired not hastily, nor by precept; but an ease and certainty in its operations can be attained only after much assiduity and labour. All therefore, which is necessary at present, may be said in a few words; and I shall confine myself to the management of injection, and the means employed for facilitating the dissection and demonstration of minute parts. 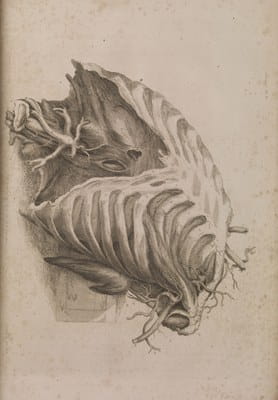 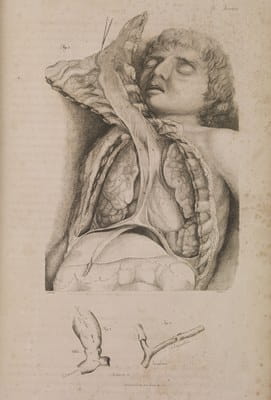 Injection has been the great instrument in the hands of modern anatomists, and has led to many useful discoveries; but it is much to be regretted, that, like other subsidiary aids, this has often been abused, and its results too implicitly trusted to. Physiologists seem indeed, to have claimed a privilege of supporting more extravagant theories, from the supposed proofs of injection. As in the experiments of Chemistry, a tyro in this art is more fruitful in discoveries, and new facts, than one who has known the accidents to which it is liable, and how the discoveries of one day, are overturned by the experiments of the succeeding. But this at least is satisfactory, that, in spite of every disadvantage, the art of injection has contributed to the rapid advancement of our surgical knowledge.