Sir Everard Home - An anatomical account of the squalus maximus, 1809

The 31st of August is the anniversary of Sir Everard Home’s death in 1832.

Everard Home was born in 1756 in Hull and he became John Hunter’s apprentice in 1773. He was elected a fellow of the Royal Society in 1787 and worked with Hunter at his private anatomy school in London in the early 1790s. After Hunter’s death in 1793, Everard Home secured the preservation of his collection of specimens which ultimately resulted in the Hunterian Museum, still enjoyed by the public today. 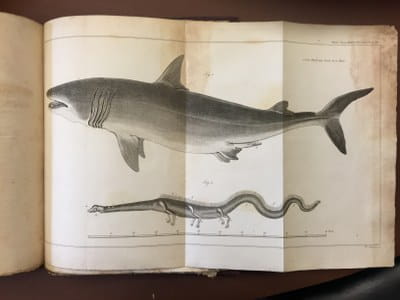 In 1808, Home became Sergeant Surgeon to the King and in 1813, and again in 1821, Master of the College of Surgeons. When the College’s charter was amended in 1822, he became the first President of the Royal College of Surgeons. He was a skilful surgeon and shared John Hunter’s love of and curiosity about anatomy, both human and animal. 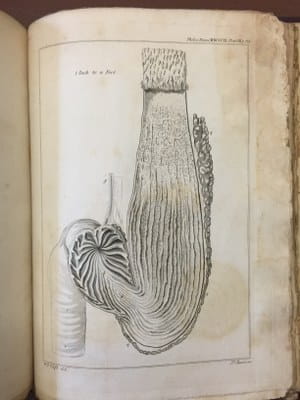 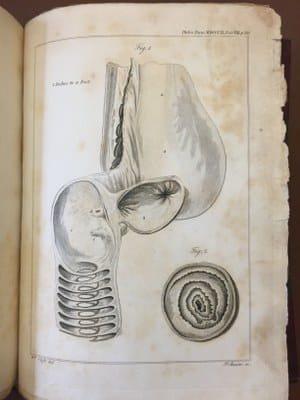 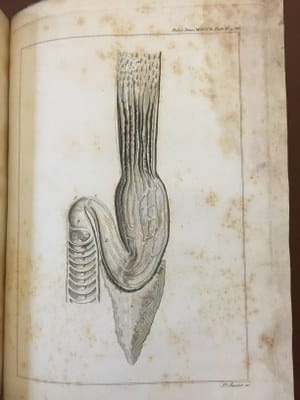 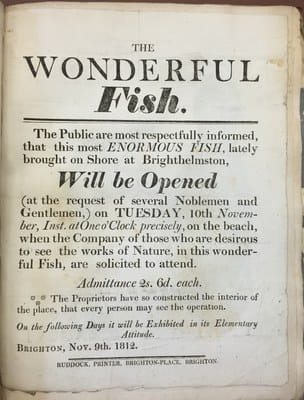 In 1809, he published “An anatomical account of the squalus maximus (of Linnaeus): which in the structure of its stomach forms an intermediate link in the gradation of animals between the whale tribe and cartilaginous fishes” in the Philosophical Transactions, of which we have a copy in the College’s collected reprints of Home’s treatises. His publication was based on a speech read before the Royal Society on May 11, 1809.

The fish, from which the following account is taken, was entangled in the herring nets belonging to the fishermen of Hastings, off that coast, and about half way across the Channel, on the night of the 13th of November 1808. It was brought ashore at Hastings on the following day, and my late worthy friend, Lieut. Col. Bothwell, who was on the spot, purchased it on my account. On the 17th, Mr Clift, the conservator of the Hunterian Museum, at my desire, went to Hastings, and after making a drawing of the fish, examined his internal structure, and brought to London such parts as were most particularly deserving of notice.

This was followed by the detailed anatomy of this fish, known as a basking shark. In 1813, Home published an addition to his account, with observations on the structure of the branchial artery. The dissection, on which his additional account was based, was advertised as a public spectacle in Brighton on Tuesday, 10th November 1812.