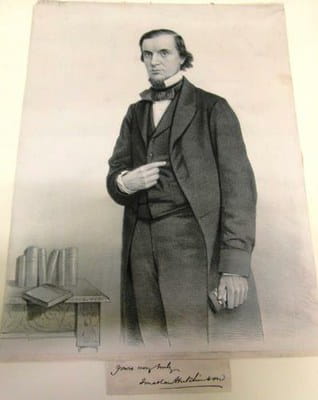 The 23rd of July was the birthday of Sir Jonathan Hutchinson, a former President of the RCS. Amongst his books in our collection is Illustrations of Clinical Surgery, published in 1878, ten years before Hutchinson became RCS President, and consisting of “plates, photographs, woodcuts, diagrams etc, illustrating surgical diseases, symptoms and accidents, also operative and other methods of treatments”.

According to his prefatory notice to volume I, Hutchinson attached particular importance to a number of illustrations, including a series connected with injuries to the head, a favourite topic of his and the subject of his prize-winning essay. Here we show a small selection of these images, with explanations of what they depict and the patient stories behind. 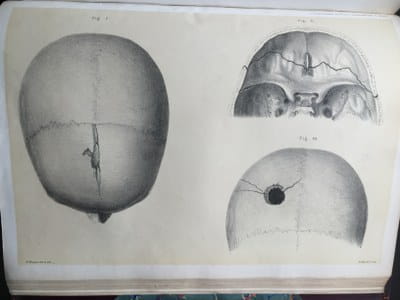 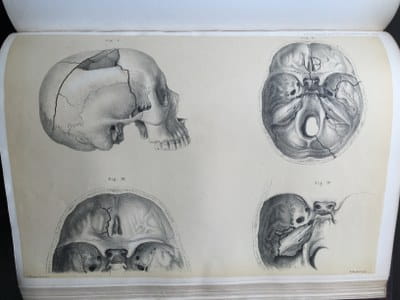 Image 2 shows an “oblique bullet perforation of the skull”, after a bullet was fired from an air-gun pointed obliquely from the right side.

Figures 1 and 2 of image 3 show the skull of a man who died as a consequence of a skull fracture caused by a fall, with the fracture lines drawn clearly. Apparently the man at first displayed the symptoms of concussion and was conscious, but subsequently died from inflammation of the brain. Figure 3 in image 3 illustrates a fissure fracture on the roof of the orbit as a consequence of severe blows on the back of the head. The patient was a man “knocked down by a van in the street and run over. He died in a few minutes after his admission into the hospital ward, and there was no time for observation of symptoms. In his chest and abdomen were found very extensive injuries which fully accounted for death”. Figure 4 in image 3 shows a fracture of the base of the skull in a boy of 9 years of age, who was knocked down by a cab and run over. Initially displaying no head symptoms when admitted to hospital, he later collapsed unconscious and died a few days later. 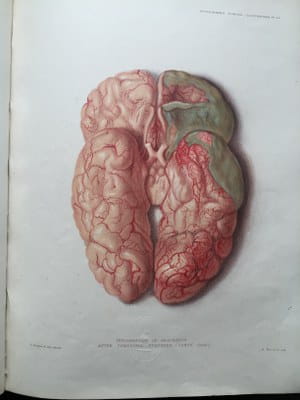 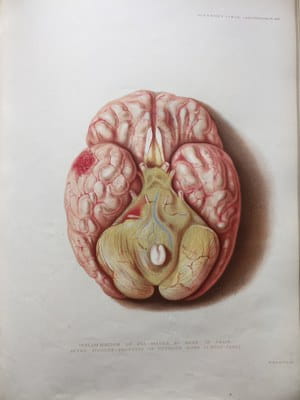 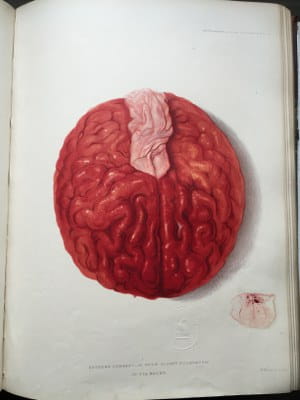 Image 4 illustrates direct traumatic arachnitis, in particular the “formation of a coherent layer of puro-lymph in the arachnoid cavity”. The drawing shows the brain of a man who died nearly three weeks after experiencing a “compound fracture of the right parietal bone near the vertex” and afterwards developing hemiplegia.

Image 5 is an illustration of inflammation of the subarachnoid space with “all structures at the base of the brain [...] concealed by a greenish opaque effusion”. This was the finding at the autopsy of a 21 year old man, who had fallen whilst drunk, was then bleeding from the left ear and died eleven days later after developing pneumonia.

Image 6 is an illustration of &dlquo;the effect of concussion which ended fatally within twenty minutes”. A man had fallen backwards from his horse, hitting his head violently on the ground. The accident had occurred within a few hundred yards from the hospital but his respiration rapidly failed and he died within ten minutes of being placed in a bed.