Studies in the art anatomy of animals: Ernest Thompson Seton 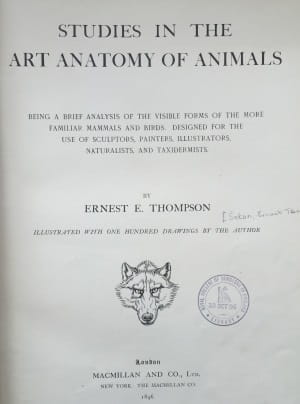 Within the RCS collection is a book on anatomy that was published for a completely different audience from the medical world.

Studies in the art anatomy of animals was the result of detailed dissections done in Paris and was applauded by artists and scientists alike. It was designed to be used by artists working in different media, to help them depict an animal’s basic body and facial features. It was Ernest Thompson Seton’s first book, published in 1896 and still in print today. It’s illustrated by a hundred of his drawings covering the anatomy, proportions and motion of different animals, as well as their exterior features, hair, fur and feathers.

Seton was an accomplished wildlife artist, an author and an expert on animal anatomy and behaviour. Born in England in 1860, his family moved to Canada when he was six. Growing up in Toronto, he was fascinated by wildlife, drawing and studying animals, and keeping detailed field observations throughout his life. He studied art in the best academies in Toronto, New York, London and Paris between 1877 and 1896, exhibiting his animal and bird paintings in all these cities.

In the preface to his book, Seton says “there has hitherto been no general work on the Anatomy of Animals from the Art standpoint … no work presenting the general principles of Comparative Anatomy applied to Art”. In his opinion, the existing specialist works were all open to serious objection as they were written from a surgical or zoological viewpoint rather than meeting the needs of the artist. His primary aim was to show the “visible form of the living animal”, working with a live subject in front of him and another on the dissecting table. The plates showing his drawings are accompanied by detailed notes. 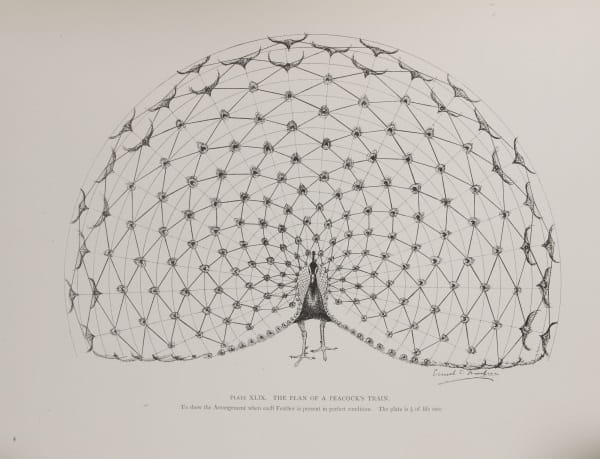 He is particularly fond of the peacock, saying there is “probably nothing else as beautiful in the world of zoology”. He notes the mathematical correctness of the bird’s tail when it’s on display. His illustration shows how the regular arrangement of the feathers creates the perfect geometric design that can be seen in every peacock’s tail when in full plumage. His notes on this plate provide a description of how the surprisingly small number of ordinary feathers (eighteen) support the more exotic 250 posterior feathers, which radiate out to create the display of the male peacock.

There are additional sections that look at how animals move. Horses are shown in cartoon strips: walking, ambling, trotting and galloping to show how the different speeds affect the stance of the horse. He does the same with hounds. Even as outline drawings, these animals have life and leap off the page. 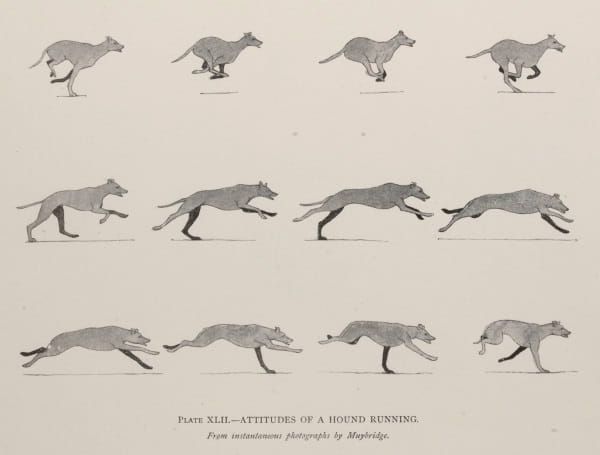 Seton published 42 books during his life, including many realistic animal stories built on detailed animal ‘biographies’ drawn from his field observations, and he regularly published scientific articles. He died in New Mexico at the age of 86 in 1946.