The Tooth-brush Drill: children’s dental health past and present

Dental decay is avoidable. If you brush your teeth twice a day, eat less sugar and see a dentist regularly, your teeth will be healthy. In 2018, Public Health England published figures suggesting that nine out of ten hospital tooth extractions among children aged 0 to 5 are due to preventable tooth decay. NHS Digital published data in 2018, showing over 26,000 children aged 5 to 9 were admitted to hospital due to tooth decay in 2017-2018. 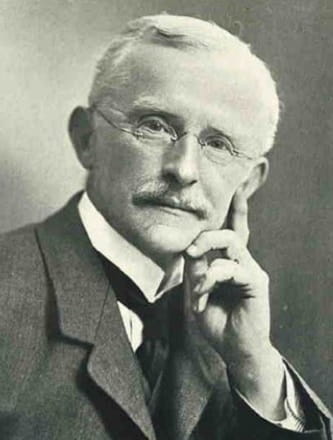 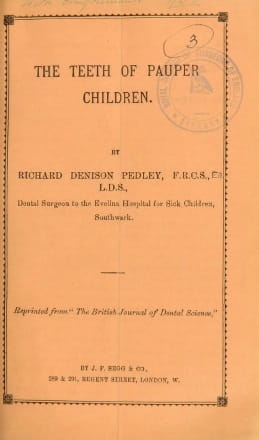 None of these concerns are new. Richard Denison Pedley was an early pioneer in dental hygiene. His great interest was the care of children’s teeth, and his pioneering work eventually led to the appointment of school dentists in elementary schools in Britain. He trained at St Thomas’s Hospital and the Royal Dental Hospital, practising as a dental surgeon at London Bridge and the Evelina Hospital for Sick Children.

Pedley wrote a report on the “Teeth of Pauper Children” for the British Journal of Dental Sciencein 1893. During 1891-92, Pedley and his colleague, Sidney Spokes, examined the teeth of 3,145 children aged between 3 and 17 years old in three London Poor Law Schools. These were publically-funded residential schools for children from destitute families, where boys were taught a trade, with many joining the army or navy, while girls were trained for domestic service. 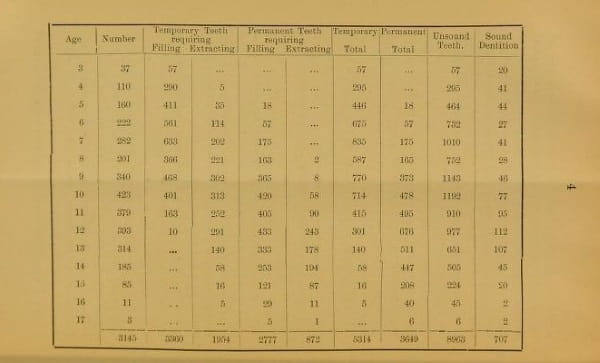 Above: table of findings from the reprint edition of “Teeth of Pauper Children”.

Pedley and Spokes carefully examined and recorded the condition of every tooth in each child’s mouth. Only 707 children out of 3145 were found to have sound dentition. 78% of the children had teeth that needed to be filed or extracted. Some of the children had received dental care: 148 children in one school had 256 permanent teeth removed by the Medical Officer. This is described as “beneficial under the circumstances; but had these teeth been carefully stopped in the early stages of decay, extraction in nearly every case would have been unnecessary”.

The report made clear the effect of poor dental health on the children’s ability to chew, and the importance of making sure that the same care is given to the first teeth as the permanent ones. They recommend appointing a qualified Dental Surgeon to every school, so that children’s teeth would be inspected regularly and preventative dentistry would save pain and the expense of extraction in the long term. Pedley felt that the most essential part of a child’s education was the knowledge of its own body and how to treat it well. He wrote that the tooth-brush drill was as needful as any other gymnastic exercise. 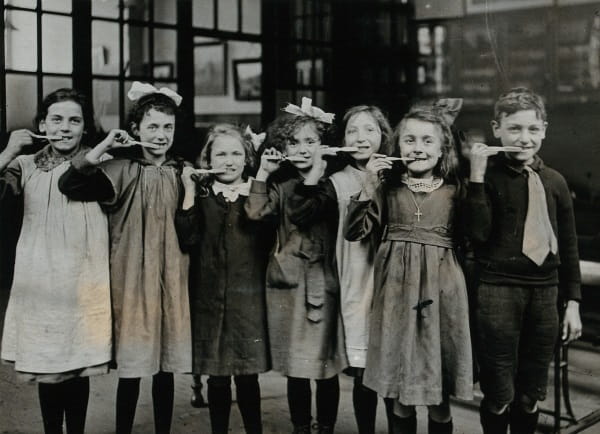 Above: “Tooth-brush drill at school, England: children pose with tooth-brushes in mouth in a school building. Photograph, ca. 1920.” From the Wellcome Collection, free to use with attribution (CC BY).

Pedley put the need for good dental health into an economic context, quoting the 1890 Report of the Army Medical Department that stated 506 recruits were rejected on account of “loss or decay of many teeth”. He tells us that 458 girls entered domestic service from London Poor Law Schools in 1892, and 83% had never used a tooth-brush. He goes onto to consider the misery that neglected teeth cause domestic servants, from disordered digestion to irritability and the inability to perform their allotted duties.

Pedley published three books, all of which can be found in the RCS collection, and was a regular journal contributor. He worked throughout his life to improve the dental care of school children and was one of the founders of the School Dentists’ Society. His research and solutions pre-date by 126 years, but are very similar to, the response of the Royal College of Surgeon’s Faculty of Dental Surgery (FDS) in 2018 to the publication of NHS Digital’s data. The FDS advised parents to ensure that their children maintain good oral health and that there should be supervised tooth-brushing sessions in nurseries.

Children should see a dentist as soon as their first teeth appear, and no later than their first birthday. Poor oral health in childhood can often lead to problems throughout life.

For a different view of dental care, see our earlier blog post The Toothache: imagined by Horace Mayhew, realised by George Cruikshank, 1849.