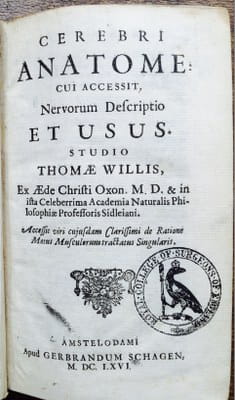 Many of the magnificent plates in Thomas Willis’ Cerebri anatome were drawn by Sir Christopher Wren. In Oxford, Wren was part of a group of natural philosophers at Wadham College. He carried out his own mathematical work and the recording of meteorological information as well as collective work on blood transfusion. We are told that he “was often present at Willis’s dissections of the brain, and used to confer and reason about the uses of the parts”. In the preface, Willis expresses his gratitude: “Dr Wren, was pleased, out of his singular humanity… to delineate with his own most skilful hands many figures of the skull and brain”.

The Cerebri anatome, first published in 1664, gave “the most complete and accurate account of the nervous system which had hitherto appeared” and was the first to use the term “neurology”. It contained the first descriptions of the “circle of Willis” and the eleventh cranial nerve (the nerve of Willis). This account of the anatomy of the brain and the discovery of saccharine diabetes were considered Willis’s finest achievements.

Thomas Willis (1621-1675) became a wealthy and much respected physician. His reputation was greatly enhanced by his part in reviving a woman hanged for the murder of her illegitimate child who had been taken to his friend Petty’s rooms for dissection. When it was realised that the “corpse” was still breathing, Willis and Petty practised a form of primitive cardiac massage and she recovered to successfully sue for pardon. A contemporary broadsheet commented “Thus ‘tis more easy to recall the dead / than to restore a once-lost maidenhead”. 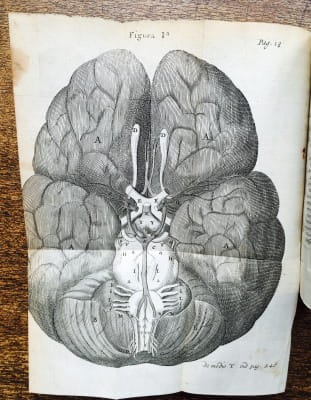 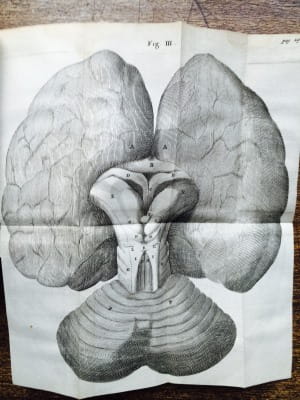 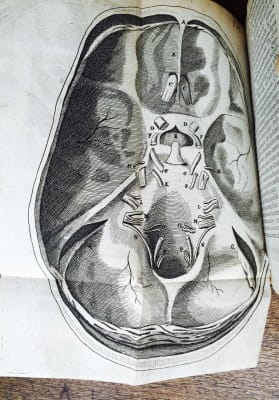 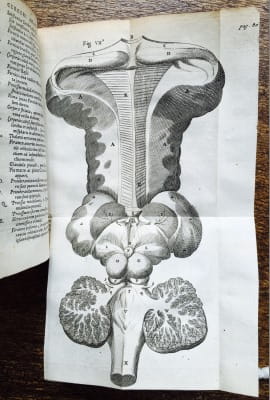 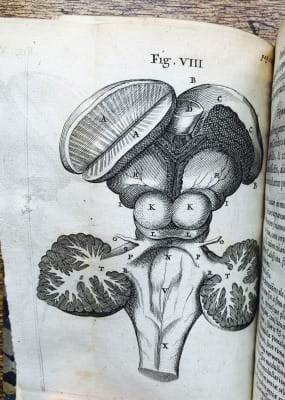