VJ Day: Doris Barbara Wallace (1906-1972): the Delhi surgeon who registered as a man during the Second World War

Tomorrow, Saturday 15 August 2020, marks the 75th anniversary of VJ Day (Victory Over Japan Day), the day the Japanese surrendered to the Allies and the Second World War officially came to an end. Many fellows of the Royal College of Surgeons served bravely in the East, but Doris Barbara Wallace – a formidable Yorkshire woman who registered as a man so she could continue working as a surgeon in wartime Delhi – was particularly unique.

Doris was born Doris Barbara Brown in March 1906, the daughter of David Gass Brown, a draper in Harrogate, and his wife, Elizabeth Kennedy Brown née Hyslop. Doris was educated in Harrogate and went on to study medicine at Leeds; she gained a BSc with first class honours in 1929 and qualified as a doctor in 1932. She held junior posts in Leeds and London, and gained her FRCS in 1935. Deciding to specialise in obstetrics and gynaecology, she was appointed as a tutor in obstetrics at Queen’s University, Belfast.

In 1939, as the Second World War was beginning, she went out to India, and became a medical officer at the Lady Hardinge Medical College and Hospital in Delhi. Established in 1916 by Lady Winifred Hardinge (wife of the then Viceroy of India, Charles Hardinge), the Medical College and Hospital was the first medical school exclusively for women in India. 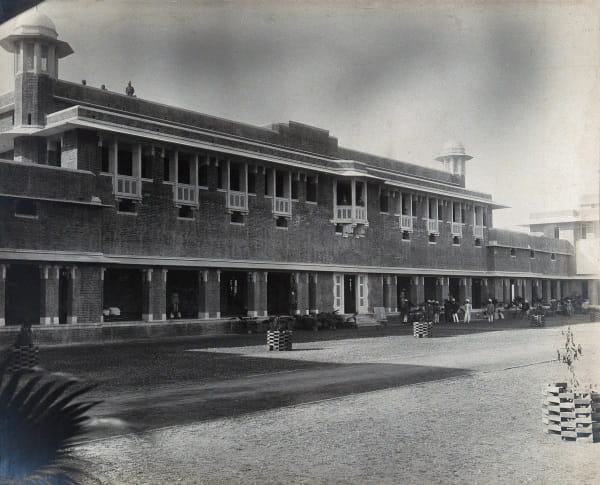 As the Second World War progressed, a Japanese invasion of India looked increasingly likely, and Delhi was situated on the expected route of the invading forces. All female personnel were compulsorily evacuated from the Lady Hardinge College and Hospital, but Doris Brown was asked to stay on: she was officially registered as a man, given jungle equipment and training, and continued to work in the hospital as a surgeon and medical officer. 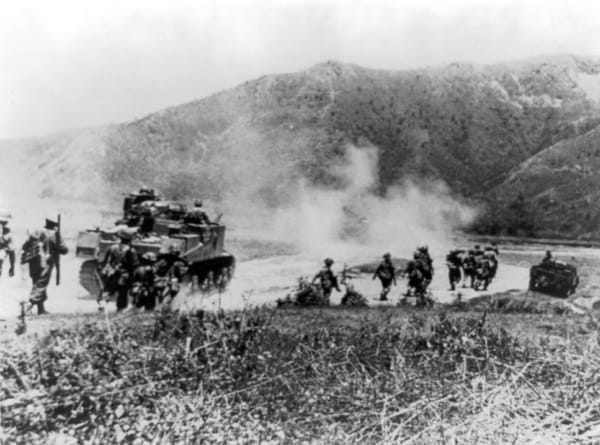 Above: 'Gurkhas advancing with Lee tanks to clear the Japanese from Imphal-Kohima road [N.E. India].' From Wikimedia Commons. Public Domain.

One of her patients was Reginald James Wallace, a major in the 7th Rajput Regiment of the Indian Army, and 13 years her junior. In 1943 Doris and Wallace married in Calcutta. A daughter, Elizabeth, was born in June 1945 in Simla, in northern India, just as the war in Europe was coming to an end.

The Wallaces returned to England, where, in the aftermath of the war, Reginald joined the Foreign Office and was posted to the Gold Coast in Africa (in 1947) and later to British Somaliland. Doris Wallace did little medical work after her marriage, but did assist her elder sister Bessie, who was also a gynaecologist, for a time. In 1955, while in Switzerland, Doris suffered a severe stroke, but recovered.

Doris Barbara Wallace died on 11 June 1972, in Yorkshire at the age of 66. Reginald married again (twice) and became the last governor of the Gilbert Islands in the Pacific before the islands’ independence in 1979. He died in 2012.

These stories are from Plarr’s Lives of the Fellows, the Royal College of Surgeons’ collection of biographies of deceased fellows, a unique record of the evolution of surgery and social history from the foundation of the fellowship (FRCS) in 1843. As an ongoing project, we review historical biographies and, where we have additional information, add to the accounts of the lives of surgeons. If you have more information on a fellow, please do get in touch.