The assassination of Archduke Franz Ferdinand was the event that triggered the start of the First World War. When Britain declared war on Germany, Canada, as a Dominion within the British Empire, was at war as well. Men from all over the the British Empire were encouraged to enlist in the war effort, and their medics went too.

The Library has a souvenir volume commemorating one Canadian medical team: Details for No. 3 Canadian General Hospital (McGill) in France (1915, 1916, 1917): with views illustrating life and scenes in the hospital with a short description of its origin, organisation and progress. The photographs were taken by Captain A. H. Pirie, the Unit’s Radiologist, who also edited the volume. 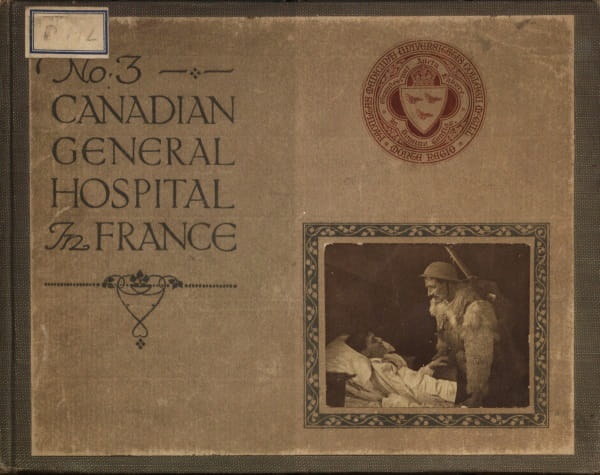 Shortly after the war broke out, the McGill University organised the No. 3 Canadian General Hospital to serve in France. The Dean of the Faculty of Medicine, Colonel Birkett, became the Commanding Officer, recruiting the majority of his staff from the University. Many of the nurses were drawn from hospitals in Montreal. On the 6th May, the new unit set sail for France on the SS Metagama. The hospital was established at Dannes Camiers in the Pas-de-Calais area on 19th June 1915 under canvas, with a staff of 35 Officers, 73 Nursing Sisters and 190 rank and file. Life under canvas that cold wet November was tough, with deep mud, storms, frost and collapsing tents. The conditions so undermined the health of Lieutenant Colonel Yates that he was invalided to England where he died the following year. 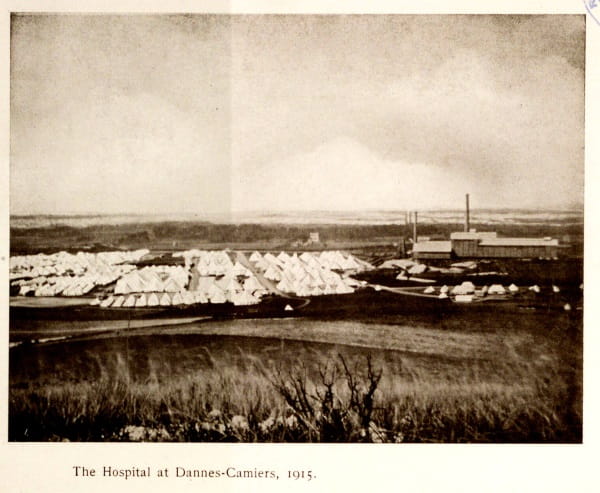 During November 1915, the hospital moved to more comfortable accommodation in a partly-destroyed Jesuit College at Boulogne-Sur-Mer. The hospital was part of an evacuation chain, situated further back from the front line than the Casualty Clearing Stations. Base hospitals were ideally situated close to ports and with a railway line so that injured men could be evacuated for longer-term treatment in Britain. The Boulogne area was frequently bombed, but No. 3 was fortunate, escaping serious casualties, although three officers and two nursing sisters did succumb to fatal illnesses. 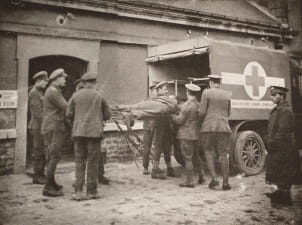 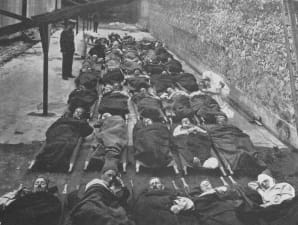 Lieutenant Colonel John McCrae, a Medical Officer in the Canadian Field Artillery, was transferred to No. 3 in June 1915 and commanded it until his death from pneumonia in 1918. McCrae was famous as the author of the poem “In Flanders Fields” written after the 2nd Battle of Ypres. At his funeral, his flag-draped coffin was borne on a gun carriage led by his horse, Bonfire, with McCrae’s boots reversed in the stirrups. Bonfire had travelled from Canada to France in 1914 and was wounded in the 2nd Battle of Ypres. This photo shows McCrae with Bonfire and the dog, Boneau, “everyone’s friend”: 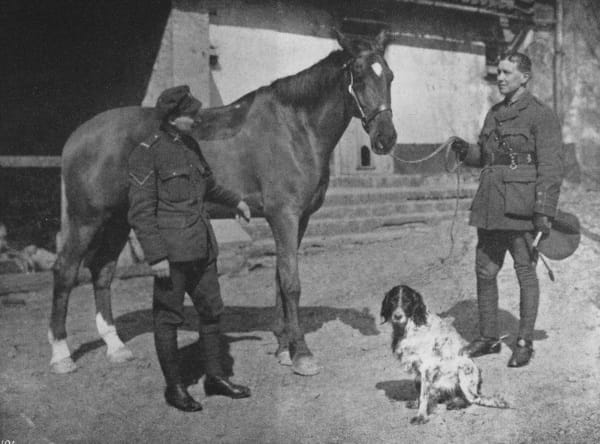 Between 1915 and 1918, the hospital admitted 143,762 sick and wounded patients and performed 11,395 operations with a death rate of 1 in 135. When Sister MacLatchy (awarded the Royal Red Cross Decoration) oversaw the hospital in 1918, it covered 26 acres and had 1,560 beds. Several of the staff were mentioned in dispatches and honoured with awards, and the hospital was visited by Queen Mary in 1917. 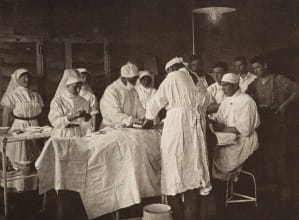 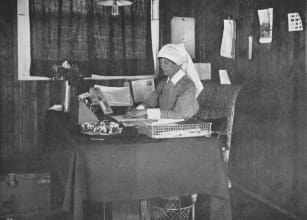 This weekend, more than any other, we remember them and the words of the poem: “In Flanders fields the poppies blow, Between the crosses, row on row…”