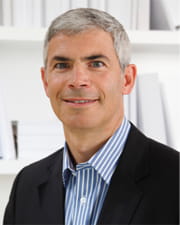 It is well known that people who are seriously obese will develop other medical conditions as a result. This often compounds the obesity and takes a toll on their general health, and the healthcare economy. It’s also been established that for some, surgery can help them lose significant weight and return to a healthier lifestyle. It is proven to be safe, effective and saves the NHS money in the long term. So it is clear that bariatric surgery should be made more readily available to those who need it when everything else has been tried.

Unfortunately it's not proving to be that simple. As a recent survey carried out by BOMSS in collaboration with the Royal College of Surgeons reveals, some clinical commissioning groups (CCGs) have taken it upon themselves to make it harder for patients to be considered eligible for surgery, in defiance of official national guidelines issued by NHS England and the National Institute of Health and Care Excellence (NICE).

Some of these CCGs say patients must have a body mass index of at least 50 before they will be considered - NHS England and NICE say the threshold should be 40, or 35 if they have other comorbidities, such as diabetes. Two CCGs, Solihull and Wolverhampton, have decided that eligible patients must have a BMI of at least 50 and must also have comorbidities. A couple have demanded that patients must be non-smokers or must sign up to smoking cessation policies before they will be considered.

From next month, all CCGs will be responsible for their own commissioning policies under a government plan announced two years ago. This reform is intended to give local areas more control over which treatments they offer to deal with local differences in demand.

However, there is a danger that devolved decision-making will be used to make savings by denying treatment to people who need it. Other specialties such as knee and hip replacement surgery have already faced this divisive and irrational trend among some CCGs - now, it seems, bariatric surgery is being targeted. An unfair decision against a section of society already shown to suffer prejudice.

This would be a backward step. Treatment must be available to all based on clinical need. If these CCGs are allowed to flout national guidelines there will be many people who will be denied much-needed surgery and forced to continue living with a debilitating condition - purely because of where they happen to live.

It is also likely to prove counter-productive. As Clare Marx, President of the Royal College of Surgeons points out, raising the threshold people must reach before they will be considered for bariatric surgery sends out a worrying message to people suffering serious weight and obesity problems: you must get even more over-weight before you will be considered for treatment.

There is only one sensible response to the worrying trend revealed by our survey. The CCGs we have identified must immediately revise their policies to bring them in line with national guidelines. Otherwise, a postcode lottery will have been created.

At the same time NHS England and NICE must urgently remind all CCGs that bariatric surgery is safe and effective for all those who need it and excellent value for money compared with the alternatives. Their published guidance should be considered as the default service provision.

They must act to ensure their guidelines are observed, or the direct consequences of CCGs going their own way will not only unnecessary suffering among a group of vulnerable people but also extra long-term cost burdens on the already hard-pressed NHS.