Why is a safe, cost-effective therapy for a deadly disease underutilised in the UK? 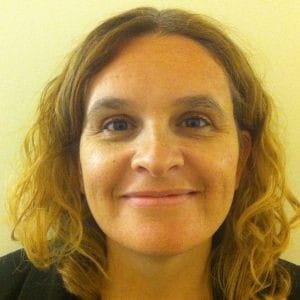 Experts from around the world - more than 2,200 delegates from over 85 countries - gathered in London for IFSO 2017, the largest international bariatric and metabolic surgery congress this year.

Along with my UK colleagues we heard from many delegates about bariatric surgery volumes in their respective countries - a disheartening experience. UK totals - around 5,000 operations a year - pale in comparison with many countries, including our near neighbours across Europe.

Why the discrepancy? The need for bariatric surgery is increasing in the UK just as much as in other countries. The rising prevalence of obesity is a major health threat in terms of quality of life, disease and mortality. The major comorbidity of obesity - Type 2 diabetes - is associated with shorter life expectancy, decreased quality of life and increased socio-economic and psychosocial problems.

The complications of obesity - and there are many - are placing growing demands on stretched healthcare resources. Existing medical therapeutic strategies to achieve and maintain clinically significant weight loss remain limited. While the pool of eligible patients continue to increase - 1 in 4 people in the UK have obesity - less than 1% of those who can benefit receive treatment in the UK.

Along with colleagues across the UK, I question whether barriers to access include social stigma along with misconceptions about how people become obese and then how difficult it is to lose excess weight.

A FOI request earlier this year - undertaken by the RCS in conjunction with the British Obesity and metabolic Surgery Society - revealed that some CCGs either require patients to stop smoking or to have a body mass index (BMI) of 50+, despite NHS England and the National Institute for Health and Care Excellence (NICE) saying surgery is cost-effective and should be considered for patients with BMIs of 35+ with an obesity-related disease co-morbidity (such as such as high blood pressure, high cholesterol levels, osteoarthritis, depression) or a BMI of 40kg+ without a related disease.

In patients with Type 2 diabetes, both NICE recommendations and international guidelines - endorsed by over 50 organisations including Diabetes UK and all relevant British professional societies - advise considering metabolic surgery for patients with inadequately controlled diabetes and a BMI as low as 30 (or 27 for patients of Asian descent).

The results for diabetes resolution are startling and could offer a solution to the increasing cost burden on the NHS of treating the condition. 51.6% of patients with Type 2 diabetes at the point of surgery showed no indication of diabetes one year after surgery, coming off costly diabetic medications. NBSR results are consistent with a large body of evidence including 12 randomised clinical trials showing that surgery is more effective than other available treatment options in controlling diabetes in obese patients.

When clinical evidence of efficacy and safety, high cost-effectiveness, NICE guidelines and international consensus by all relevant professional organisations are not sufficient to ensure appropriate access to bariatric/metabolic surgery, then it becomes clear that misconceptions and the stigma of obesity are the main barriers.

Surgery makes a difference to people’s health and reduces the public healthcare costs and we want commissioners to acknowledge this and act accordingly. We need to take the threat to the nation’s health seriously. It’s time to stop judging and start operating.