Improving the odds of surviving the UK's most high-risk surgery 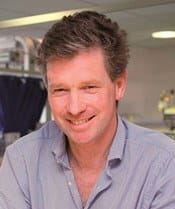 To many patients, an elective - or planned operation - can be a daunting experience. However, what most people do not realise is that an emergency bowel operation is the most high risk surgery in England and Wales.

With a mortality rate of 11%, more patients die from emergency bowel surgery than from any other type of high-risk planned surgery. To investigate this and assess the quality of care and services provided to this group of NHS patients, the Royal College of Surgeons has been working closely with the National Emergency Laparotomy Audit (NELA) since December 2012. The aim of this partnership, which includes collaboration and leadership from the Royal College of Anaesthetists, is to improve the care patients receive before, during and after this emergency procedure.

Commissioned by the Healthcare Quality Improvement Partnership, the NELA team published its first annual report (2015). Within it, they analysed the care received by more than 20,000 emergency bowel surgery patients who had been treated in NHS hospitals in England and Wales between December 2014 and November 2015.

As one of the research fellows working on the 2015 report, I have seen first-hand how hard the project team worked to turn all of that data into a meaningful document that clinicians and hospital trusts can use to examine their own services and learn from best practice.

The report identified a number of positives: the proportion of patients being entered into the annual audit has increased; and more hospitals are meeting published standards for at least 80 percent of patients (the benchmark used to indicate a reliable standard of care) across a range of measures throughout the emergency bowel surgery pathway.

The inclusion in the 2015 report of mortality data from the Office for National Statistics means that hospital-level risk-adjusted mortality can, for the first time, be compared between all participating hospitals. While the report showed that there is variation between hospitals, none were considered statistical outliers (mortality greater than three standard deviations above the national mean).

NELA data collection for year three is already underway, and we would encourage clinical teams to continue their excellent work in ensuring as many eligible patients as possible are included. That said, NELA is not simply an exercise in data collection, but an opportunity to raise standards locally, regionally, and nationally. We want to drive the development of innovative local solutions to improve care and disseminate examples of best practice.

Importantly, we’ve developed a web tool which includes time series charts, allowing hospitals to view their results and compare them with the national averages in real time as each new case is submitted to the audit. Using quality improvement (QI) methodology these data can be used to track changes and gauge the effect of interventions without the need for further data collection.

We hope that improvements in the standards of care can be maintained and developed further and that this, in turn, will be associated with a fall in mortality. As an example, the NELA team encourages trusts to examine how specialists in geriatric medicine can be incorporated into the perioperative management of elderly or frail patients. Almost half of patients in the audit were 70 years or older, and yet only 10 percent of these were assessed by an elderly medicine specialist during their admission. Given the numbers of older patients involved, this is clearly a substantial ambition that will require additional staffing and investment at a trust level.

In conclusion, the report highlights our concern that much of the improvement seen so far has been due to individual clinicians changing their behaviour. While this is to be commended, going forward there will need to be organisational and structural investment from health care providers and commissioners to introduce the environment in which significant improvements to patient services can be realised.

These may be austere times for the health service, but to paraphrase Genichi Taguchi “cost to some may be more important than quality, but quality is the best way to reduce costs”.

Mike Grocott is a Professor of Anaesthesia and Critical Care Medicine at the University of Southampton and a Council member of the Royal College of Anaesthetists. Mike is also the Chair of the Xtreme Everest Oxgen Research Consortium and Leader of the Caudwell Xtreme Everest. He climbed Everest on May 23rd 2007.