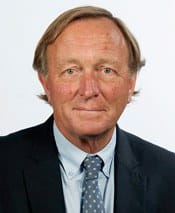 The Royal College of Surgeons has called on NHS England to stop clinical commissioning groups (CCGs) from imposing minimum waiting times on surgery for patients who need a non-urgent operation, as reported in The Sunday Telegraph.

We felt compelled to speak out after a Freedom of Information request revealed that NHS South West Lincolnshire Clinical Commissioning Group (CCG) has instructed three local hospitals in the area not to operate on patients requiring non-urgent surgery, unless they have waited for at least three months.

The contract the CCG has with the hospitals - (United Lincolnshire Hospitals Trust, Ramsay Healthcare, and the Orthopaedics & Spine Specialist Hospital) - covers all routine elective procedures excluding those that are clinically urgent, or cancer treatment.

This means that patients waiting for example, for a hip or knee replacement, would have to wait for at least 12 weeks for surgery, regardless of how much pain or discomfort they are in.  The average waiting time for planned treatment in South West Lincolnshire was 7.6 weeks in December.  There is no doubt in my mind that introducing this arbitrary and unfair rule will increase waiting times for patients needing elective operations in that part of the country. Realistically, it also means it is very unlikely the CCG will meet the Government’s 18 week target for planned surgery.

Those of us who work in the NHS recognise the significant financial pressures that exist and we strive to provide the best care possible to our patients in spite of this. However, it would be remiss of us to sit by and watch as commissioners arbitrarily restrict patients’ access to surgery. This policy is wrong and it is unlikely to save money in the long run. In fact, delaying surgery can cause a patient’s condition to deteriorate and reduce the efficacy of an operation – in turn increasing the bill for a patient’s social care support.

Moreover, we know that South West Lincolnshire is not the first, and it will not be the last CCG to propose such a drastic measure, unless NHS England prohibits these types of contracts. Cambridgeshire and Peterborough CCG imposed a similar policy3 last year but reversed this following pressure from patient groups and medics, including the Royal College of Surgeons.

Our concerns are for the patients affected by this unfair policy and also for the precedent it sets.  If NHS England does not intervene, other clinical commissioning groups will follow suit and introduce their own random minimum waiting times.

The NHS constitution makes it clear that the NHS has a duty to ensure treatment is provided to patients at the appropriate time in line with good medical practice and the National Institute for Health and Care Excellence (NICE) guidelines.

The former health secretary Andrew Lansley banned the now defunct Primary Care Trusts (PCTs) from imposing minimum waiting times for routine surgery; and the coalition government banned minimum waiting times. NHS England must reinstate that policy, or see further fragmentation and dilution of our national health service.  If NHS leaders feel unable to do this because their hands are tied by the current financial situation, then they must ask the government to look again at the long term funding of the NHS, to ensure its sustainability.