This year, the Senior Fellows’ Society summer meeting will take place in Bristol, and it will consist of a series of lectures, activities and dinners spread across three days from 13 - 15 June 2022. Booking for this event is now available and all Senior Fellows are welcome to attend with partners, friends and guests.

All guests are encouraged to book their accommodation at Avon Gorge Hotel du Vin, where the lectures will be taking place. We have also made alternative accommodation arrangements with a very nearby bed & breakfast, 9 Princes Buildings.

Please check our programme below: 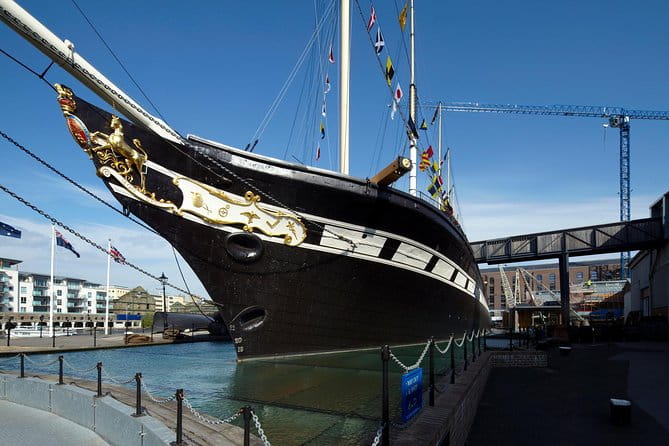 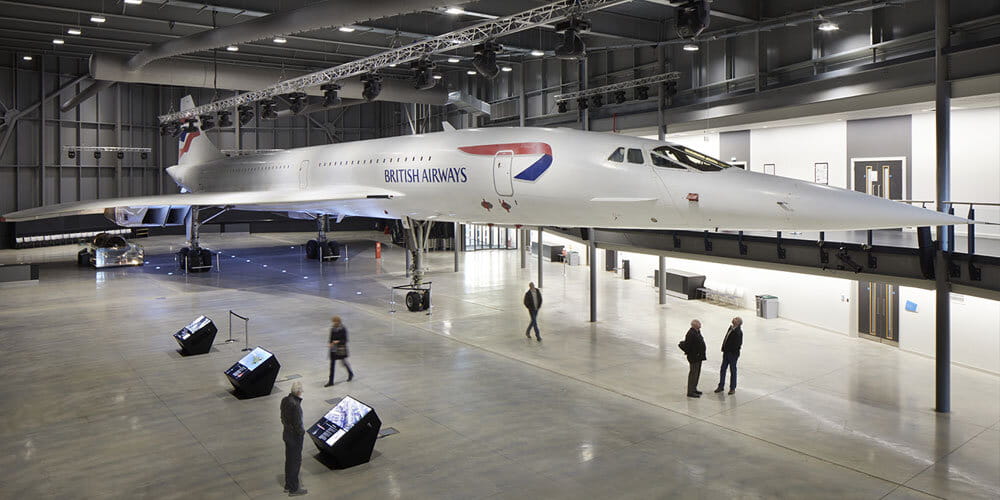 Join us for a guided tour of the incredible Aerospace  Bristol and the Concorde Museum on Wednesday afternoon. For over a century, Bristol has been at the forefront of aeronautical and space technology, breaking boundaries to create the fastest, the biggest and the highest. Aerospace Bristol will entertain visitors with stories of human endeavour, individual genius and ordinary people achieving extraordinary things. Concorde is a symbol of the UK's ambition, innovation, collaboration and technological achievement. Bristol can safely claim to be the true home of Concorde. The airframe and the engines were largely developed here, the UK assembly line was located here, and all UK Concordes made their maiden flight from Filton's runway.

On Tuesday a group dinner has been arranged for the senior fellows at Cote Brasserie, which is a short walk from the hotel.

Wednesday our last event will be at the exclusive Clifton Club. Starting the night with a drinks reception, followed by 3 course dinner and an after dinner talk given by Sir John Royce.

Christopher E Ackroyd MA, MB, BChir, FRCS was born in World War II and educated at Hurstpierpoint College and Exhibitioner at Gonville and Caius College Cambridge. He had his clinical training at the Middlesex Hospital Medical School and his Orthopaedic training at Birmingham, Oswestry and Oxford. Christopher was Clinical Reader at the Nuffield Orthopaedic Centre and  became Fellow of Green College Oxford. He then worked as Consultant Orthopaedic Surgeon and Senior Lecturer at Bristol University from 1979 to 2000. He has retired to become a cider apple farmer and grandfather and his special interests are lower limb arthroplasty and designer surgeon of the Avon Patellofemoral Arthroplasty. 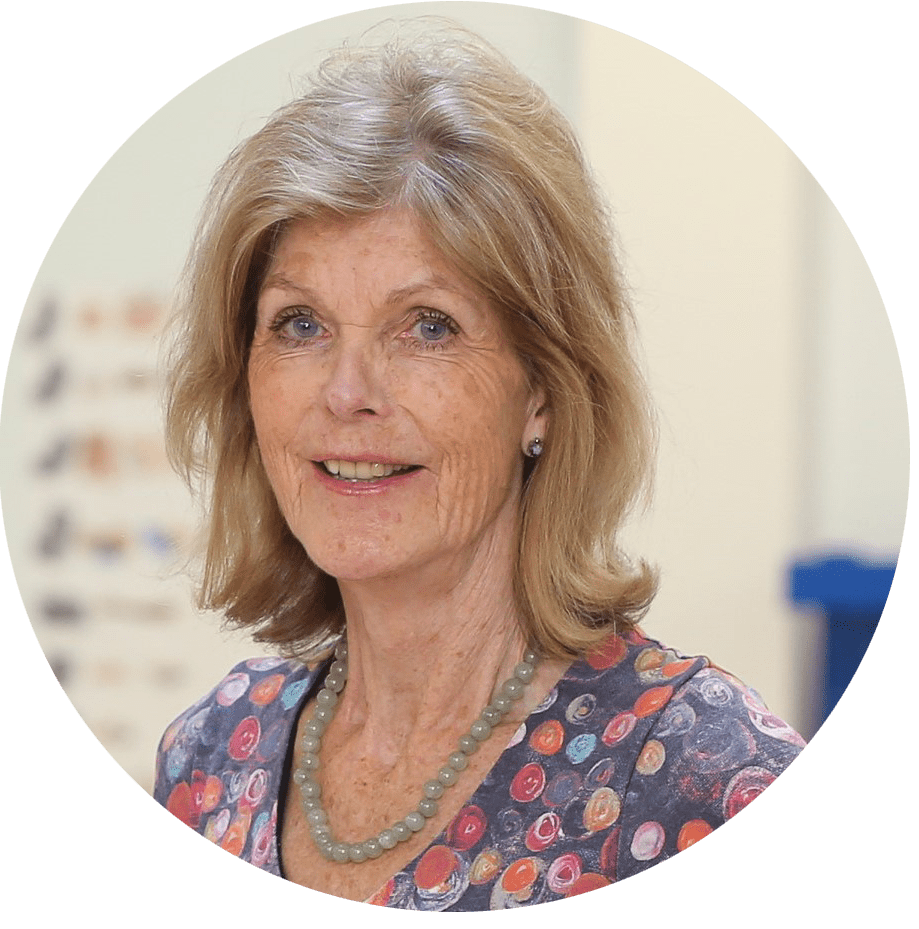 Margot Cooper trained as a medical artist in London with iconic characters - Peter Cull, Freda Wadsworth, Lindsay Pegus and Terry Tarrant. She always believed in the educational power of hands-on 3 dimentional models; in 1990 she established Limbs&Things to meet the needs of skills training for Healthcare Professionals. In Bristol, significant assistance was forthcoming from it’s medical fraternity and has continued to this day. Limbs&Things is now represented in 74 countries with offices in Australia, USA and Sweden. 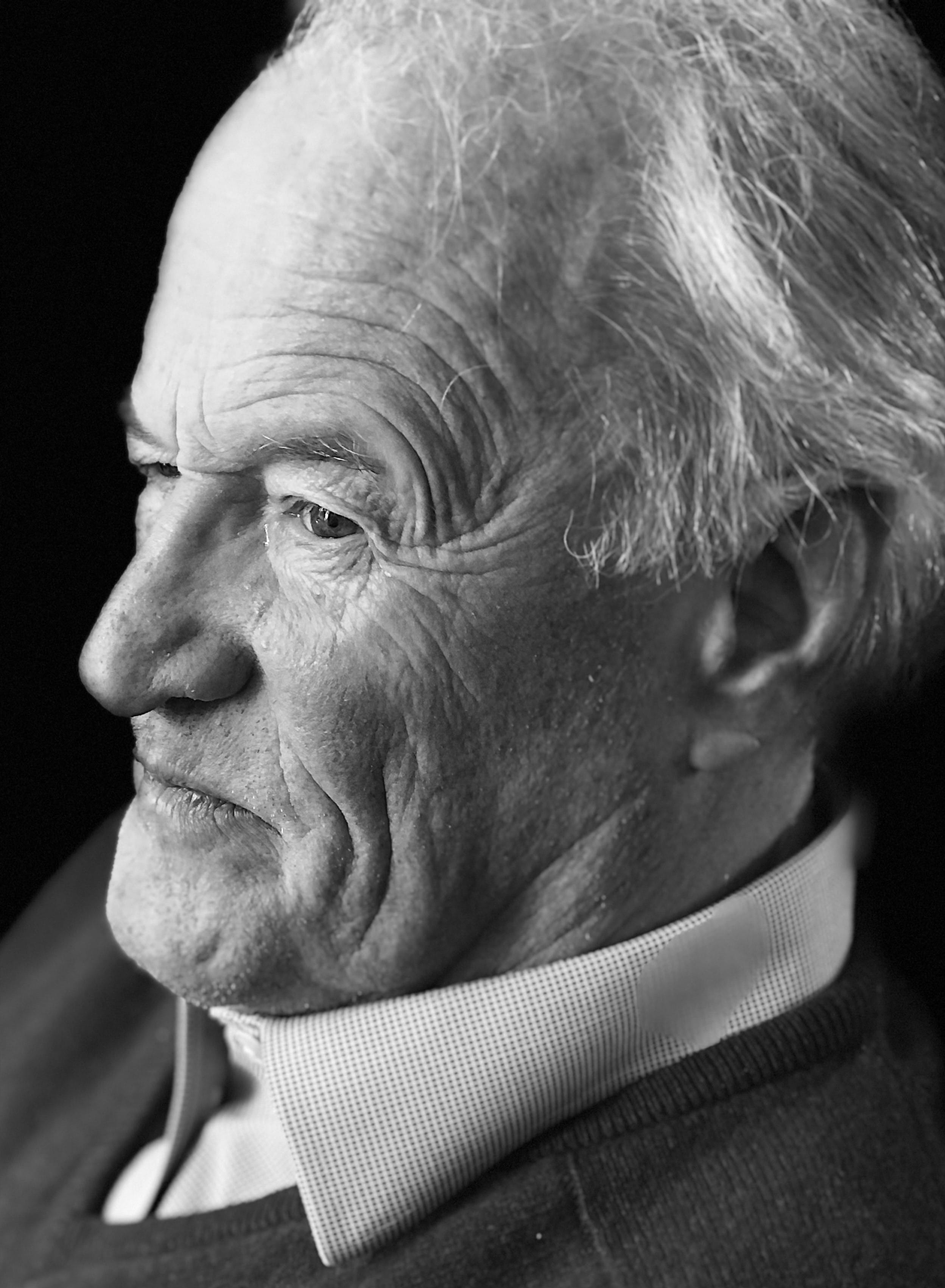 Francis Greenacre was Curator of Fine Art at Bristol Museum and Art Gallery from 1969 to 1997.  He organised a wide range of outstanding exhibitions, including the large show of Francis Danby's work at the Tate Gallery, London in 1989. His long commitment to Bristol is reflected in his involvement in many of its institutions and charities, including the Clifton Suspension Bridge Trust.  He was High Sheriff of Avon in 1993-1994. 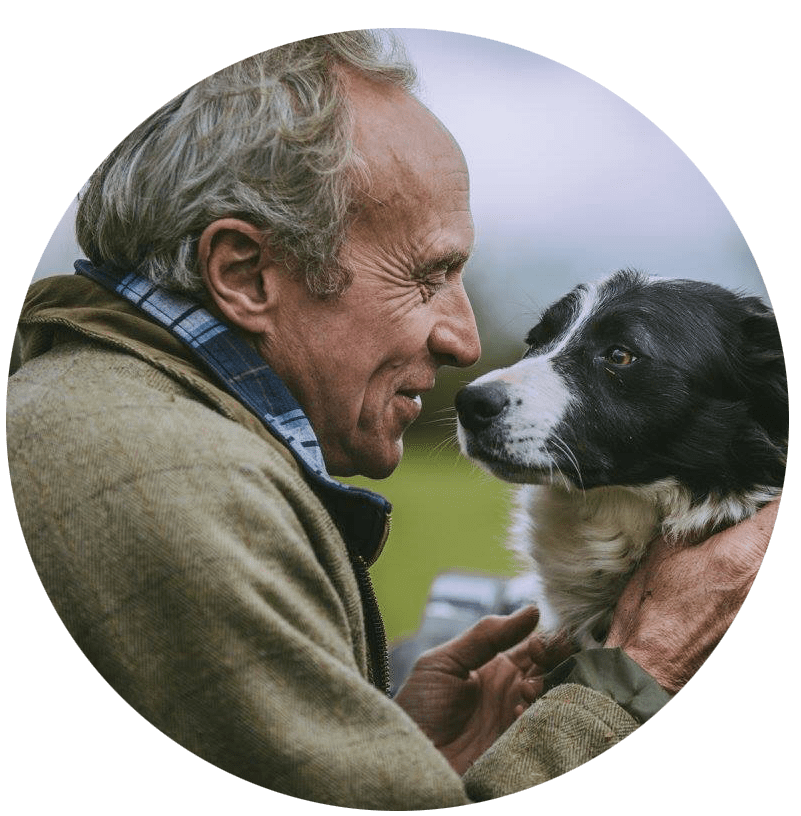 Peter Greig is co-founder of Pipers Farm, which he started 30 years ago with his wife, Henri, on their 50 acre permanent pasture farm in Devon. Named BBC Food & Farming Best Producer many times, they have now established a sophisticated online marketplace for sustainably produced British meat, dairy and grains, which directly supports a network of 40 small-scale family farms (and growing).

During this time, Peter has campaigned tirelessly for a shift away from damaging intensive farming practices, and toward nature-friendly farming and localised supply chains which are better for people and the planet. He has successfully campaigned to save small abattoirs (essential in the production of ethical, climate-friendly meat). Now he is entirely dedicated to passing on his experience by helping the next generation of farmers transition to farming models that help mitigate climate change, rewild landscapes, produce nutrient-dense food and help our rural communities thrive.
Peter has spoken at length on the impact of farming on climate and the need for change to our food and farming system; and how vital farming is when it comes to the wellbeing of our communities and countryside. Importantly, he brings a practical, yet optimistic outlook to the discussion. He’s been featured on BBC News, BBC Radio 4, ITV News, The Guardian, and was headline speaker at the Groundswell Regenerative Agriculture Show and was invited to participate in the Slow Food Climate Action global conference. 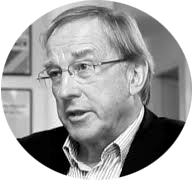 Bob Reeves worked in education throughout his career, spending many years as Director of Sport, Exercise and Health at Bristol University. Established the first UK Master’s programme in Exercise and Health Science. He coached cricket and rugby at high level and was a member of the RFU Council for many years, becoming President in 2013. He is Director of the charity 'The Foundation for Leadership through Sport', which he established in 2011. 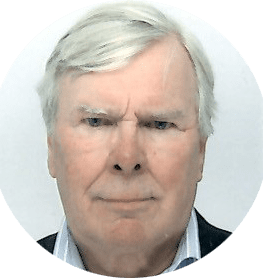 Guy Rooker  is a retired Orthopaedic surgeon with an interest in Leonardo da Vinci. 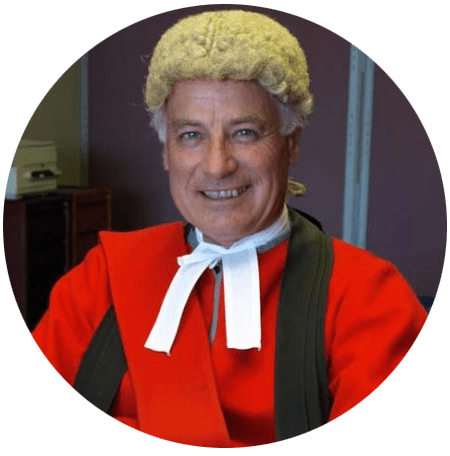 Sir John Royce was educated in Cambridge at The Leys School and then Trinity Hall. He is Hockey blue, Captain of Somerset hockey and Austrian qualified ski instructor. Sir John was Barrister in Bristol, QC in 1987, Head of Guildhall Chambers and Leader of the Western Circuit. He was High Court Judge from 2002 to 2014 and part time until 2019. His main interests include hockey, cricket, golf, tennis, skiing, wine and collecting corkscrews. 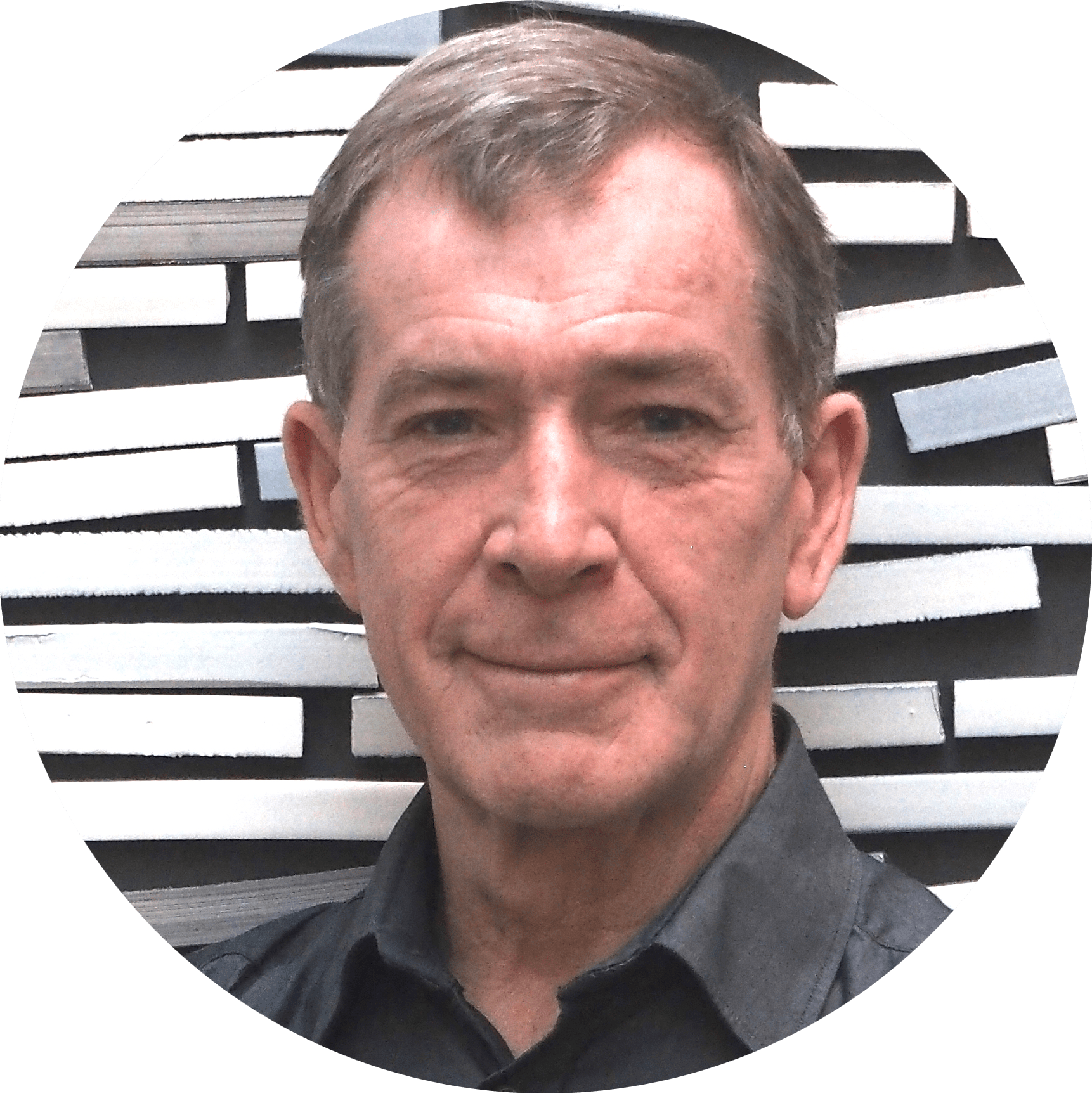 Gareth Williams MD ScD FRCP FRCPE grew up in Belfast, won a scholarship to Clare College, Cambridge to study medicine and qualified as a doctor with Honours in 1977.  He built up an internationally renowned research group in diabetes and obesity in Liverpool and was Dean of Medicine at the University of Bristol, where he is now Emeritus Professor of Medicine. He has written 200 scientific articles and edited over 20 medical textbooks, including the prize-winning Textbook of Diabetes. His books for general readers are Angel of Death: the story of smallpox (shortlisted for the Wellcome Medical Book Prize 2010), Paralysed with Fear: the story of polio (2013), A Monstrous Commotion: the mysteries of Loch Ness (2015), and Unravelling the Double Helix: the lost heroes of DNA (2019).
Gareth is a former President of the Anglo-French Medical Society, has served as Chair of the Trustees of the Edward Jenner Museum and is proud to be an Ambassador of the British Polio Fellowship. He is often to be found playing classical music or jazz on the flute and saxophone. His website is profgarethwilliams.com.