How does UK healthcare fare internationally?

Forever topical, the state of the NHS receives a lot of attention, with new analyses and reports continually picked up in the press. Given this, it’s surprising how infrequently we actually step back to consider how well the UK is doing according to international comparisons of healthcare. 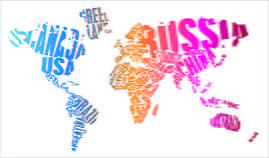 That’s why our ears perked up this week when the OECD published its 2015 edition of Health at a Glance, which presents comparable data from 2013 on key indicators of health and health systems across the 34 OECD member countries. So how does the UK fare?

The results might surprise you. While debates often focus on lack of access to treatments (such as worsening waiting times, life-extending cancer drugs, or IVF), the OECD found that in the UK access to care is good, with unmet care needs and waiting times for elective surgery below the OECD average. Only 1.6 per cent of the UK population have unmet medical needs, and just 2.9 per cent have unfulfilled dental care needs. Of 13 countries for which there were data, the average UK waiting time in 2013 was the third lowest for hip replacement (89 days) and knee replacement (95 days).

The UK is also ahead of the curve when it comes to day surgery, with 47 per cent of tonsillectomies taking place as day cases. Partly owing to the increase in day surgery, the UK’s average length of stay in hospital in 2013 is 7.1 days, compared to the OECD average of 8.1 days.

However, the report also found that the UK is underperforming in certain key areas including the outcomes of care.

Crucially, the quality of care in the UK is variable, with survival after heart attack or stroke worse than in many OECD countries. UK spend on health is slightly below the OECD average (although if we used the same accounting standards as other countries it might be about or slightly above average), and didn’t increase in real terms between 2009 and 2013. This may be partly responsible for the variability in care quality, but there is no consistent correlation between health spending and access to or quality of care – these depend on the way in which resources are used.

Public health also stood out as a key concern. Strikingly, UK rates of smoking, alcohol consumption and obesity are all above the OECD average. One in four adults are obese (the OECD average is under one in five) and one in five smoke. No doubt this will lead to unnecessarily high rates of lifestyle-related disease. This is particularly concerning given that the report placed the UK in the bottom third of OECD countries in five-year survival for colorectal, breast and cervical cancer. 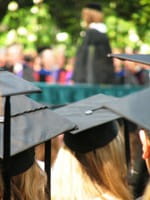 Does this mean we will need more doctors? The UK has 2.8 doctors per 1000 population, which is below the OECD average of 3.3. According to the Nuffield Trust think tank, in countries with more medical staff, doctors tend to earn less, suggesting that this is what allows them to hire more doctors. As in most OECD countries, the number of UK doctors has been growing, with a 15 per cent increase between 2008 and 2013. This has been attributed to the increased number of graduates from domestic medical training. There have in fact been concerns that the UK may see a surplus of doctors in the future, leading to recommendations that medical school and training programme intakes should be reduced.

So what can we do with this information? Firstly, let’s do more to acknowledge where we do well. Access to care is fundamental so we should be proud that patients do not have to pay privately for treatment and do not have to wait as long as other countries – although there are concerns that waiting times are starting to deteriorate (this report used 2013 figures) and they are much higher in devolved nations. Encouragingly, the OECD found that when a country focuses on improving a particular aspect of healthcare, measures of this area tend to improve. Information is empowering. This report should inspire the NHS and its leaders to do more to learn from health systems across the globe.