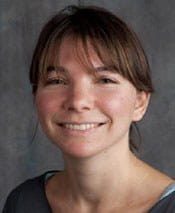 Hip fracture care has improved radically over the last decade. New analysis published today shows that time to surgery and death rates reduced among older people with hip fracture following the launch of the National Hip Fracture Database (NHFD) in 2007.

The combination of standards and audit was designed to raise awareness of good hip fracture care and encourage local action to improve coordination of care and collaboration between orthopaedics and geriatric medicine.

With the average age of 83 years for people who break a hip, this involvement of geriatricians is especially important, since coexisting frailty and medical comorbidities are common in older people.

Our analysis focused on the rate of surgery on the day of, or day after, admission.We picked this as a key standard that can be accurately measured with administrative non-audit data from Hospital Episode Statistics. Between 2007 and 2011, the percentage of patients who received surgery on the same day or day after admission increased from 55% to over 70% in England. In contrast, this rate was constant over the previous four years, 2003-2007.

We also looked at time trends in death rates within 30 days of admission to hospital, using linked ONS data from death registrations. The death rate fell from 10.9% to 8.5% between 2007 and 2011, compared with a smaller reduction from 11.5% to 10.9% from 2003 to 2007. A similar pattern of improvement in 90-day and 365-day mortality suggests that early deaths were not just deferred, but that a reduction in preventable deaths was achieved by improved standards of care. Adjustment for age and sex did not alter this pattern of improvement.

As well as providing an objective analysis of improvements occurring after the launch of the NHFD, our paper also gives an account of how these improvements were achieved, and the role of the NHFD.

Clinical teams have described how they have used NHFD data in local initiatives to improve care, often combining audit with other improvement methodologies (examples can be found on the NHFD website.Taking the example of delays to surgery, measures to tackle this have included standardisation of the admission pathway, including X-ray and diagnosis, early geriatrician assessment to stabilise patients for surgery, appointing an anaesthetic champion, introducing designated trauma lists and starting lists earlier. NHFD data, including user-defined fields, have been used to monitor and review the impact of service changes.

Less tangible is the cultural change. A “critical mass of enthusiasm and expertise in hip fracture care” has emerged, resulting in higher priority given to patients with hip fracture, as well as greater acceptance of risk of operating in frailer patients. Many attribute this change at least partly to the role of the NHFD, which evolved as a collaborative nation-wide initiative with a website and regional meetings offering local teams a way to share good practice.

Having said that, it is rare to have a conversation with someone about this work without talking about Best Practice Tariff (BPT), the financial incentives introduced in April 2010 that were attached to clinical standards including geriatrician assessment and surgery within 36 hours. In our analysis, we have not attempted to disentangle the impact of the two initiatives (NHFD and BPT). Since BPT was designed to align financial incentives with the existing clinical audit aims, and was promoted via NHFD regional meetings, my personal view is that the effects are likely to be cumulative and reinforcing, so can’t be realistically distinguished in the data.

As one American reviewer of our paper commented “kudos to the NHS and participating hospitals for putting together what appears to be an effective program to improve outcomes for hip fractures among elders”, which rightly places the credit where it belongs - with NHS staff.

The NHFD was launched in 2007 as a collaborative clinician-led audit by the British Orthopaedic Association and British Geriatrics Society, along with six national clinical standards for hip fracture care.

Jenny Neuburger is a Lecturer in Statistics at the London School of Hygiene & Tropical Medicine, and part of the Clinical Effectiveness Unit at the Royal College of Surgeons.