A trauma course born out of personal tragedy 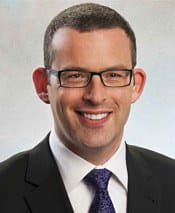 Readers of this blog might recognise the Advanced Trauma Life Support (ATLS®) course as the pre-eminent global trauma course. It is worth recognising though that this very successful and globally established course was born from a tragedy.

Dr James Styner, an orthopaedic surgeon was flying his family home in 1976 when his plane crashed into a field in a very rural area of Nebraska on an icy night in February 1976. His wife was killed instantly, he was badly injured and his four children were also seriously injured. After eight hours of providing first aid to his injured children they were all taken to a small local hospital. However, the care provided at this hospital was so substandard he described his eventual evacuation as ‘coming out of a hostile hell into civilisation’.

‘When I can provide better care in the field with limited resources than my children and I received at the primary facility, there is something wrong with the system and the system has to be changed’.

Remarkably, that is exactly what he did.

Dr Styner developed and delivered a local trauma training programme that was taken up by the state of Nebraska and then nationally a year later. He recognised that, although in the 1970s there were places that provided excellent trauma care; it was unacceptable that this was inconsistent and it is this message of consistency that the ATLS® programme was and is designed to deliver.

Today, the course is delivered in over 75 countries and has trained well over one million providers worldwide. Its aim is to train clinicians to safely manage the initial resuscitation of severely injured patients.

The UK programme, administered by the Royal College of Surgeons, is now in its 28th year. It is the largest programme outside of North America and, in 2015, 100 course centres in the UK ran a total of 271 courses and trained over 4,600 doctors.

The courses include a three day provider course aimed at junior doctors (F2 and early core training), a one day reverification course aimed at more experienced doctors and an instructor course for those with an aptitude and desire to teach the programme.

The principles of the programme remain the same as ever, goal directed care to the greatest threat to life first. However, the clinical content has changed hugely in the past three decades to reflect advances in trauma care. The course is evidence based and any new material must go through a process of validation for it to be included in the programme. The course content is updated every four years; the new 10th edition will be launched in mid-2017 and is in alignment with the recently published NICE trauma guidelines.

There is a truly international collaboration involved in the preparation of the new edition with more authors now coming from outside the USA than within. The ATLS programme, on account of its worldwide nature, needs to be flexible enough to apply to a wide variety of health systems and it does this by offering a range of options in the management of severely injured patients. This may surprise individuals who have been told that the course is completely didactic; it could not be and still be as relevant in trauma centres in the developed world as it is in developing countries.

I am proud to report that the UK team have delivered the biggest single development of the course since its inception. In the UK, severely injured patients are usually managed by trauma teams rather than single providers. Trauma teams will be a part of the core materials of the ATLS® programme for the first time ever in the 10th edition. A high quality trauma team video produced by the UK team will also be included.

The UK team has also had a lead role in the production of other fantastic elements of the programme. If you have not yet experience the myATLS app I would strongly urge you to do so. This is designed to complement the programme and is an intuitive, powerful and immersive tool that supports retention of the key content of the course. It contains summaries of chapters and skills stations, clinical scoring systems and videos. Since its launch, it has been downloaded over 150,000 times in more than 120 countries around the world, far more than currently run an ATLS® programme.

The course manual is also available as an iBook and an eBook and the shortly to be launched mobile learning version platform ‘mATLS®’ represents the best in breed of eLearning materials.

In summary, you will be unsurprised to read that I am a passionate advocate of the ATLS® programme. It is not everything you need to know about trauma but it is absolutely suited to how we initially manage our severely injured patients in resuscitation rooms around the UK in 2016.