Thank you to those who completed our waiting times survey. This explored the various reasons behind rising waiting times for elective surgery, to obtain an up to date picture of what was happening across the UK in November 2019. 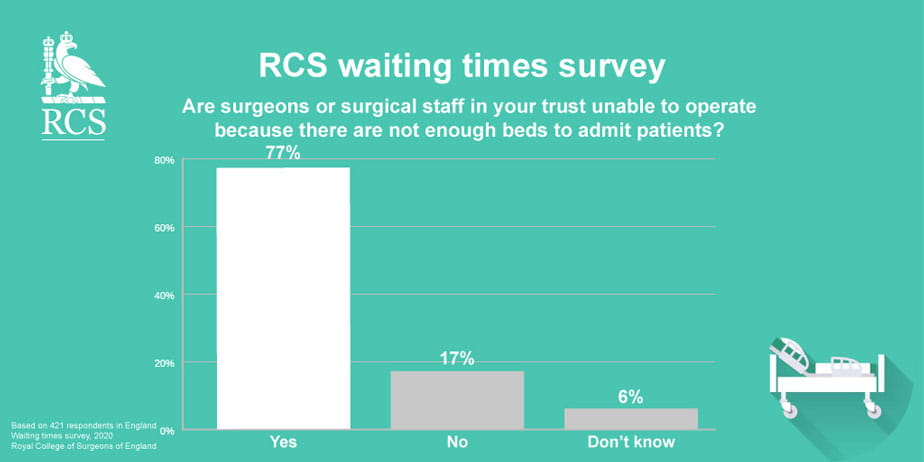 Today, as NHS England publish their waiting time statistics for November, we publish the survey results for England. 421 surgeons responded in England, providing valuable in

sight into what was happening in NHS hospitals:


Your responses will inform our conversations with government, NHS England and other stakeholders, as we build support for tackling the problem of lengthening waits.

In the next few weeks, we will share the survey results from those based in Northern Ireland. 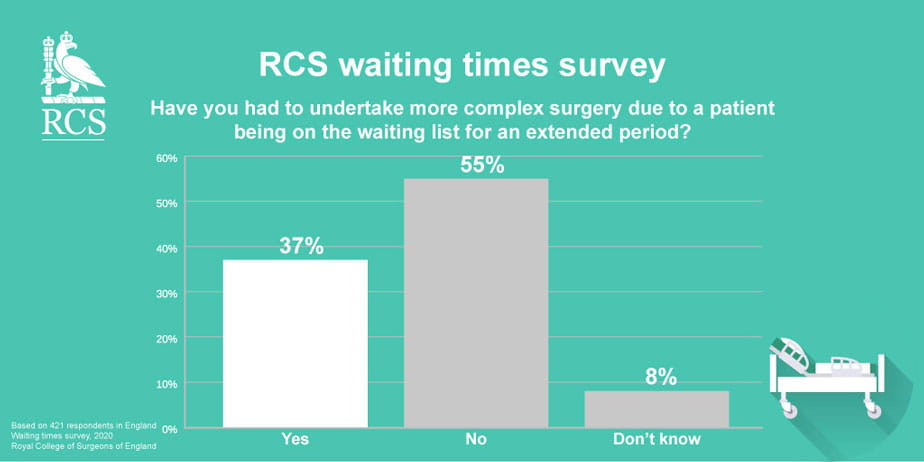