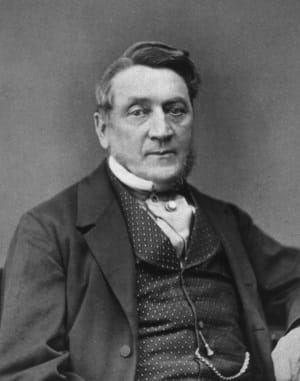 Anyone examining the origins of forensic medicine in nineteenth-century England will not get very far without encountering Alfred Swaine Taylor (1806-1880), who held the professorship of medical jurisprudence at Guy’s Hospital from 1831 until 1877, and in 1832 was also made joint Lecturer of Chemistry. His work on forensic medicine earned him notoriety and his association, as an expert witness, with some of the most famous Victorian murder cases, particularly those that featured the use of poison, gained him a reputation as the leading authority on the subject. 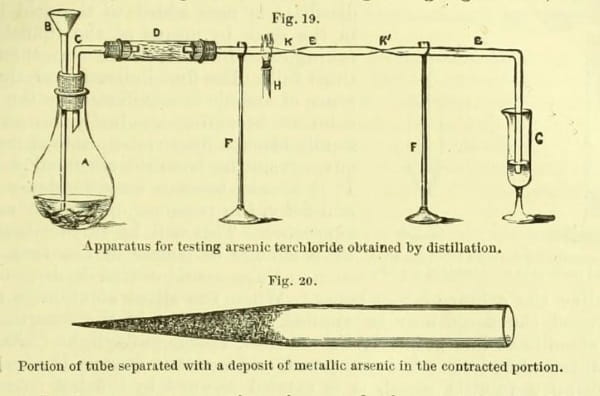 Poisoning was rife in the nineteenth century, whether accidentally or on purpose: poisons were readily available contained in common household goods such as wallpaper and wrapping paper, beer and wine, sweets and toys, clothing (including hat trimmings), candles, coal and chemicals used on farms and parklands to exterminate pests. After numerous infamous criminal trials, the fear of it completely captured the public imagination and daily newspaper reporting reflected this everyday menace. In such circumstances, chemists and forensic toxicologists became heroes and Taylor was no exception.

He was a polymath, full of energy and ideas, and had a seemingly inexhaustible fascination for learning about the subjects that interested him. In his early career, he worked under the man he would later share the Lecturer of Chemistry post with, the esteemed chemist Arthur Aiken. He also studied under famous RCS President Sir Astley Paston Cooper. Guy’s had a long history of including chemistry with medical studies – having introduced the subject to the medical curriculum as early as 1770.

After his studies and a stint practising surgery in France and Italy, Taylor’s career began in earnest in the 1830s and the newly made Professor, in a relatively new field, started to be consulted to give evidence in increasingly high profile cases. By 1853, he was being referred to (as on the title page of Defence of William Rourke Kirwan…) as “the most eminent medico-legal writer in the empire”. His works on medical jurisprudence and toxicology became classics, reprinted many times; he also contributed to the Dublin Quarterly Journal and various medical periodicals, and edited the Medical Gazette.

One reason that Taylor’s books were so popular was the clarity with which they were written. They broke down complex legal and medical issues using relatable and simple terms. Jargon, when used, was defined and placed in context. Taylor spent time classifying chemical substances into those “injurious” to health and those that are “deadly”, with accompanying instances of rulings made on cases where a particular poison was used. Obviously this was an important distinction, as it determined whether the person charged with a crime intended to murder or injure their victim (he also acknowledged that “substances harmless in themselves might become poison by the time or manner of their administration”).

His remarkable ability to bring scientific evidence into line with the demands of the law, coupled with his long experience, enabled him to perfect a comprehensive system of medical jurisprudence.

As a result these works were useful to a variety of people, not just Judges, the Police and those concerned with medical and legal issues in their professional lives, but also jurists, journalists and crime writers. There is even a detective novel that casts suspicion on a character because they owned an Alfred Swaine Taylor book (Anthony Berkeley’s 1929 novel The Poisoned Chocolates Case). Wilkie Collins, Arthur Conan-Doyle and Dorothy L. Sayers all owned copies of his works too.

However, like any great man, his career was not without moments when his authority was called into question. An issue close to his heart, and one he was openly ridiculed for in the press, was his stance on eliminating the use of arsenic in wallpaper. He compiled his own evidence, in the form of experiments, to prove that the chemical was present and in sufficient quantities to cause harm to those manufacturing and using them. 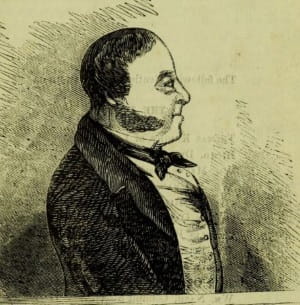 In 1856, during one high profile trial, that of notorious serial poisoner Dr. William Palmer (right), his knowledge and skills were intensely scrutinised. The opposing counsel had aimed to demonstrate that Taylor was simply without the definitive evidence on the action of strychnine in humans, as his experience was based on observations in a lab setting with rabbits(!) many years previously. Experts with contradictory conclusions were brought in to rubbish Taylor’s claims and to attempt to shake the credible, indisputable and emphatic façade that Taylor brought to proceedings.

Eventually, the prosecution was able to prevail, due to Palmer’s known tampering during the collection of evidence, combined with his medical and chemical knowledge which allowed him to manipulate the situation, and destroy and obscure the real extent of poisoning in the case. However as an excellent article on the episode notes: “The decision—and Taylor's claims for forensic toxicology—remained controversial”. Even though the jury ultimately convicted Palmer, the repercussions of the attacks on Taylor continued for some time after the verdict, and caused Taylor to write and publish at length on the case defending and justifying his position.

Despite this, Taylor did not shy away from the debate around the role of the expert witness and the weight that should be given to medical evidence. As Coley argues “his professional interest in these problems is revealed by the extensive collection of medico-legal tracts he built up as a means of supporting his teaching, by the preparation of new editions of his books, and by his appearances in court”.

His academic interests outside of pathology and forensics were wide-ranging. His first published works on ophthalmology were written when he was studying in Italy and published in Italian. Later pamphlets include works on water supply, the temperature of the earth and sea, and thermometric tables. He was also a keen artist and, in common with his wife, an enthusiastic amateur photographer.

Overall, he brought much needed rigour and analytical power to his position and his defining contribution to the new field of forensic toxicology stems, Coley contends, “from thoroughness, impartiality, a love of accuracy, and a scientific approach to the details of each case, qualities which were too often missing in the work of his medical colleagues”.