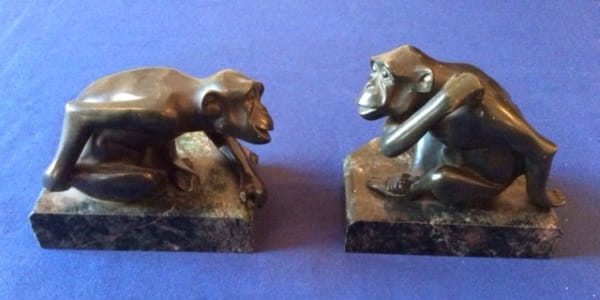 It is not known when the two men first met, but as early as 1908 Kipling gave a speech at the Middlesex Hospital at the request of Bland-Sutton, then a senior surgeon at the hospital. Kipling had been interested in medicine since at least his teens. His sister, Trix, remembered him toying with the idea of becoming a doctor:

…for a while, Ruddy had a fancy to be a doctor; I think he regarded it from the noble point of view as an ideal profession. But a wise friend of our aunt’s took him to a post-mortem. Ruddy never described it to me; all he said was “Oh, Infant…I believe I threw up my immortal soul.” He threw up anyway the idea of doctoring.

When Kipling finally settled in London, several of his wide circle of friends and acquaintances were physicians and surgeons. In contrast, for Bland-Sutton the friendship with Kipling may have been especially valuable since, according to his fellow surgeon Victor Bonney, “…there was a certain aloofness about him and he had very few intimate friends”. 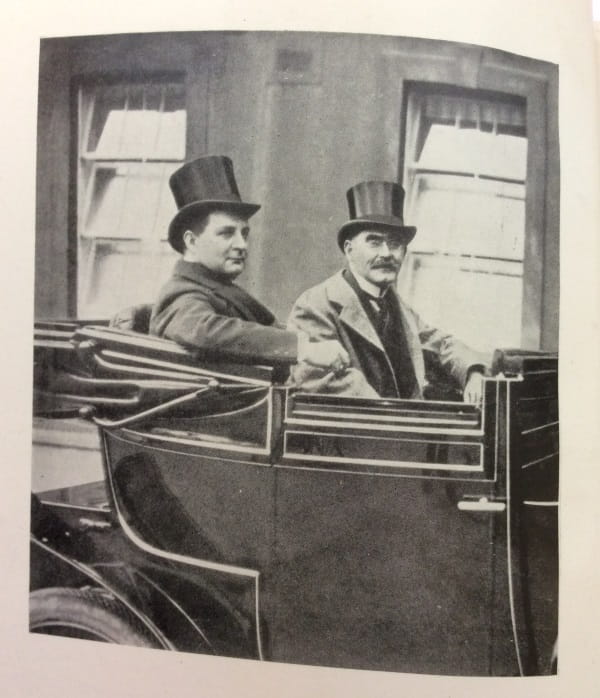 The writer and the surgeon regularly dined together and Bland-Sutton was often a guest at Bateman’s, Kipling’s Sussex home. Their close friendship was immortalised in print several times. Kipling drew on Bland-Sutton for the character of Sir James Belton, head of St Peggotty’s Hospital in his short story ‘The tender Achilles’ (1929). He also wrote a playful preamble to Bland-Sutton’s autobiography The story of a surgeon (1930), which he had encouraged his friend to write. Kipling, on the other hand, appears several times in Bland-Sutton’s book – as his patient, under his care in 1922; discussing gizzards at Bateman’s at a Boxing Day lunch in 1917; relating a story of a frog gobbled up by a grass snake, miraculously released when the snake was killed by the Kiplings’ gardener.

Their friendship may have been cemented and encouraged by their common interest in connoisseurship and art. Kipling had grown up in an artistic family; his father, John Lockwood Kipling, was professor of architectural sculpture at the Sir Jamsetjee Jeejeebhoy School of Art in Bombay and later head of the Mayo School of Art and of the Lahore Museum; his mother’s sisters both married distinguished artists – Agnes to Sir Edward Poynter, the president of the Royal Academy, and Georgiana to the pre-Raphaelite painter Edward Burne-Jones. As an unhappy boarder at school in England, Kipling and his sister spent happy Christmases at the Burne-Jones house in Fulham, London, experiences he described in his own autobiography as “a paradise” of “love and affection”. Kipling was a talented artist; his Just so stories are illustrated with his own lyrical drawings. His home, Bateman’s, now a National Trust property, is filled with a varied collection of art and ornaments. 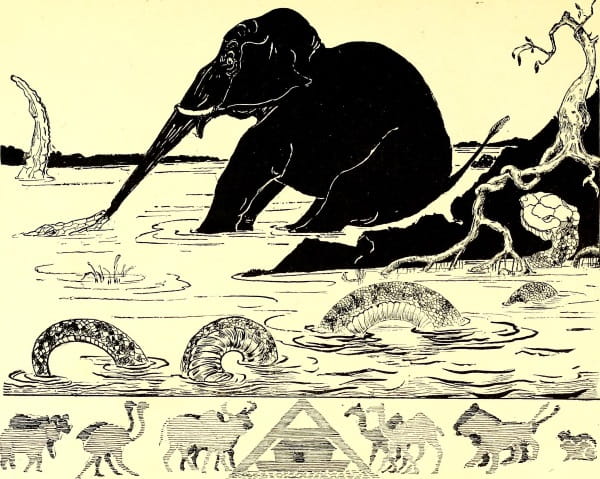 Illustration from Just so stories for little children, by Rudyard Kipling (1902). Taken from Wikimedia Commons, and believed to be in the public domain.

Bland-Sutton himself had extravagant, artistic tastes. As Victor Bonney relates, he spent his honeymoon (after his first marriage) arranging his drawing room as a museum. Later, at his home in Brook Street, Grosvenor Square, he built a hall at the back of his house, a copy, reduced by one-third, of the Apadana (hall of honour) built by Darius at Susa, in Persia “…the roof of which was supported by thirty-two bull-columns of specially constructed enamelled bricks”. In such a house, Kipling’s two brass chimpanzees would hardly look out of place.

See our previous blog post, An odd collection…, to read more about the RCS’s collection of books by Rudyard Kipling.